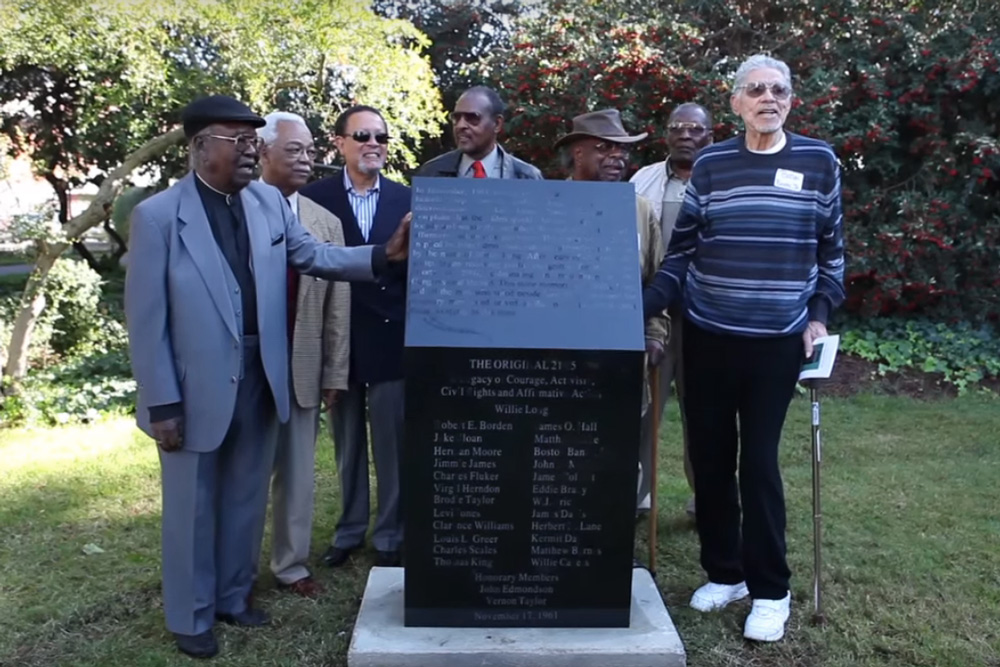 With everything that’s going on in the world these days — from the horrific school shootings to the “MeToo” and “TimesUp” movements standing up against sexual abuse to ongoing discrimination challenges — it is important for people to understand that “standing tall” and standing up for what is right during times of discrimination, abuse or crisis remains the most powerful way to be a catalyst for positive change.

Today, in honor of Black History Month, I want to share an important, yet nearly unknown story about a group of hard-working African American men who were standing tall during the nation’s turbulent civil rights and social justice movements of the early 1960s with their own quiet, yet powerful activism during 1960 and 1961 at the Mare Island Naval Shipyard, located about 23 miles northeast of San Francisco in the city of Vallejo.

This group of 21 pipefitters, mechanics, welders, painters and laborers working at the Mare Island Naval Shipyard named themselves the Mare Island Original 21ers. The Mare Island Original 21ers, which later added four additional members, banded together to peacefully fight for their civil rights by filing a historic racial discrimination complaint in November 1961 with the President’s Committee for Equal Job Opportunities for unfair labor practices at the Mare Island Naval Shipyard. In 1961, there were more than 1,000 African Americans, primarily men, working at the shipyard. For decades, these workers had suffered under organized, systematic, and sometimes unconsciously discriminatory working conditions in the areas of hiring, training, promotions, and equal pay opportunities. I know this first hand because I was one of those workers at the shipyard and a proud member of the Original 21ers.

Led by Willie Long, a World War II veteran and Pearl Harbor survivor, the Mare Island Original 21ers (plus four) included Boston Banks, Jr., Matthew Barnes, Robert Borden, Eddie Brady, Willie Capers, James Colbert, James Davis, Kermit Day, Charles Fluker, Louis Greer, James D. Hall, Virgil Herndon, Jimmie James, Levi Jones, Thomas King, Herbert Lane, Matthew Luke, John L. McGee, Herman Moore, W.J. Price, Charlies Scales, Brodie Taylor, Clarence Williams and myself, Jake Sloan. Our leader Willie, a 43-year-old pipefitter at the time, had worked for more than 14 years at the naval shipyard without a promotion and he had watched as other workers were racially discriminated against as well. There came a point when Willie had enough and he rallied our group to write and sign our complaint. Our meetings were held in secrecy since we were all in fear of losing our jobs. But, we knew that it was time for all of us to stand tall and stand firm for what was right.

As a result of Willie’s brave leadership and our group’s activism, we were able help improve labor practices at the shipyard and help influence the Civil Rights Act, the Equal Employment Opportunity Commission, and other affirmative action benefits for African Americans. I’m proud to say that the Original 21ers’ legacy of courage, activism, and social justice of continues to protect workers of all colors and impact labor laws in California today. In honor of the Original 21ers and the many brave men in our group who have passed since our work together in 1961, I have made it my life’s focus to carry forward those principles of fairness and equality for people of all color. Because of my experience at the shipyard, I’ve worked to protect the rights of workers in the construction industry for more than 50 years.

I am a proud member of the Mare Island Original 21ers and that is our story. At 77 years old, I am the youngest member of the group still alive today which now only includes James Davis, Louis Greer, Clarence Williams, and myself. I wanted to share our story to add our voices of support to people who continue to stand tall and strive to make positive change in the world. Most importantly, I hope our story will inspire others to always stand tall and do what is right — what has always been undeniably, morally right — when facing adversity.