“Jake Sloan is a trained historian, but his book about the ‘Mare Island 21ers,’ is not just radical history, not even radical labor history. His recounting of the ‘forgotten,’ unsung men and their struggles at the Mare Island Naval Shipyard of post-WWII California, is more than just an important contribution to the activist archive of those resisting enslaving forces of racism and economic oppression. Sloan’s book transcends any glorification of his own contribution and acknowledges the collective spirit which made this happen then and ripple forward in time and space to impact so many others.”

“Kudos and respect to Jake Sloan for assuming the mantle of leadership to address the historiography in the United States that omits, dilutes and subjects to revisionism, the stories of unsung heroes and heroines who have made significant contributions to the struggle for democracy, justice and equality. The story of the Mare Island Original 21ers is a testament to resolve and sacrifice on behalf of economic justice and the humanity of the participants.”

“Jake Sloan’s book is essential reading for anyone interested in California’s labor and civil rights history. Through painstaking research, and extensive oral histories, he brings alive a critically important, but thus far overlooked, episode in history of Bay Area workers. In the process, he has written a real page-turner.”

“In this book, Jake Sloan, a talented historian and expert in the field of minority employment rights, conveys, in vivid detail, one of the many untold stories of marginalized people who have taken big risks in order to make a difference for justice and equality. In 1961, Jake, then a young African American man working at the Mare Island Naval Shipyard in Vallejo, California, joined with other men in an important struggle, and they became known as the ‘Mare Island 21ers.’ This book, which is based on extensive oral histories over the years, as well as Jake’s notes and recollections, is the story of the actions and impacts of a small group of African American men committed to social change, equal employment, training, promotions, and economic justice. The book is important history – helping us learn about the lives and challenges of both the group and each of the individual men. Beyond this, Jake helps us not only to learn more about that period in history and the civil rights struggles, but also to reflect on how we can learn from that struggle over 50 years ago, and fashion successful strategies to do something about the significant and even deepening inequities that remain today.”

Doctor John Bilorusky, PhD, is president of the Western Institute for Social Research in Berkeley, California

“I highly recommend anyone who wants to get a full understanding of this country’s military and its internal civil rights movement to read the story of ‘The 21ers.’ Jake Sloan offers an insight into the sacrifices and risks these men faced to stand up against years of oppression. These men risked their reputations and careers by signing their names on a piece of paper to attempt to change a very entrenched military structure. This book offers a glimpse into the largely untold struggle at Vallejo’s Mare Island Naval Shipyard in the 1960s.”

Matthias Gafni is an award-winning investigative reporter, the man who originally broke the story of the 21ers 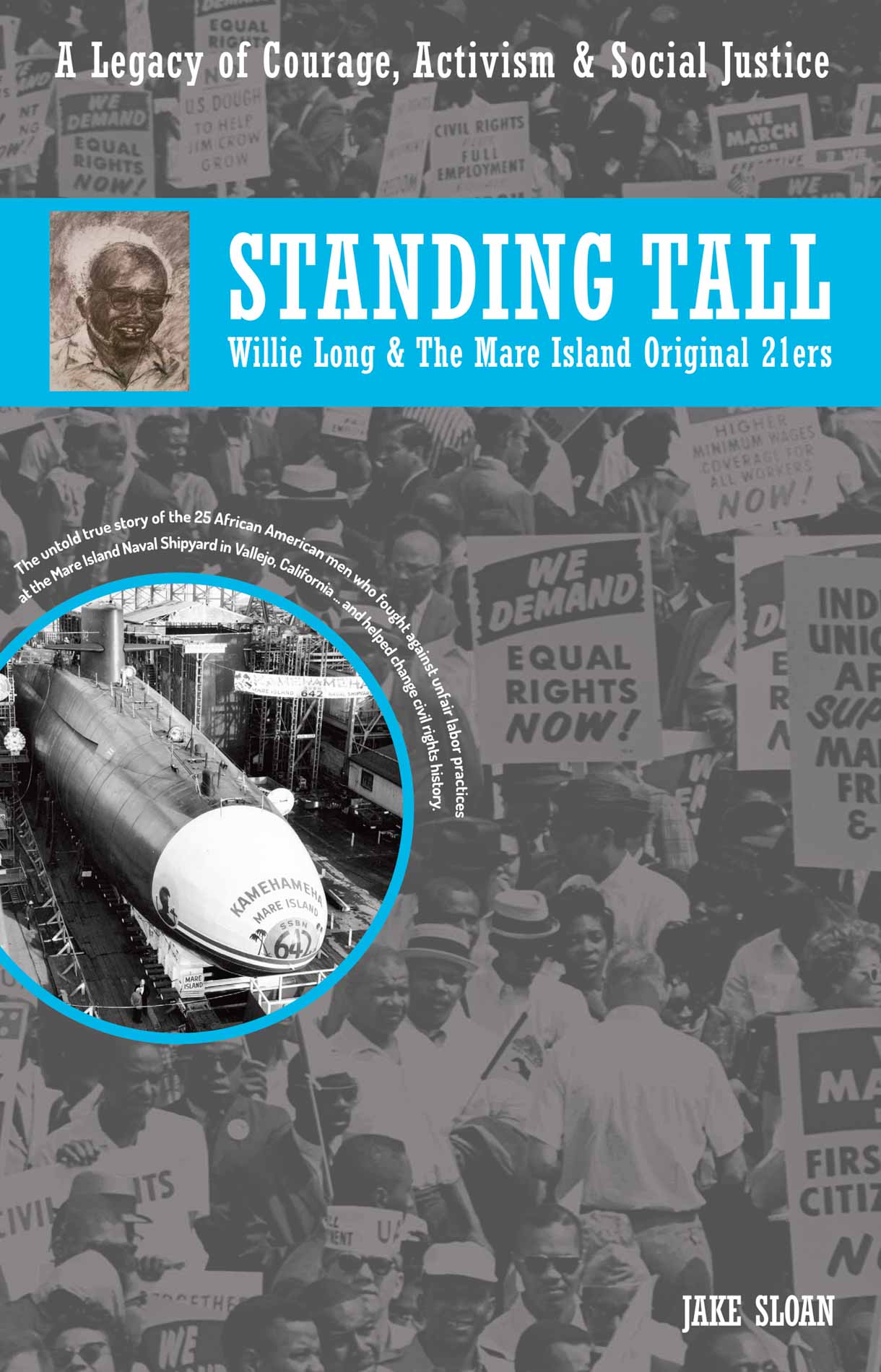 "Willie Long was a guy that (had) lots of heart. He was committed and he always talked about what the Original 21ers were trying to do...it was Willie Long and Charlie Fluker who were the two that impressed me the most. Willie Long, every time you saw him, he was always talking about the 21ers [group], its goals and aspirations."

Standing Tall: Willie Long & The Mare Island Original 21ers
An important, yet long unknown story about the civil rights movement is now brought to life through Jake Sloan’s inspiring firsthand, well-researched account of the courage and activism of a brave group of African American men working at the Mare Island Naval Shipyard in Vallejo, California during the 1960s..